A special place to live

I wonder if you are one of the many people who think that hospices are places that people go to die? I used to think so.

I have lived within a mile of St Leonard’s Hospice for the past 19 years and for the first 17 of those, I never had to visit anyone staying there. I regarded as a place of whispering voices and corridors full of sadness and solemnity.

It’s only when you actually go inside that you realise that in reality it’s a place where people go to live. Some go to live there for a week or so to get away from their normal four walls while their loved ones have a break from looking after them, while others arrive to live their last days surrounded by as much love, comfort and joy as possible.

Having cared for my dad, Peter, at home in the latter stages of his illness, I can say with some authority that it was the most physically exhausting and emotionally draining thing I have ever done.

My dad was a writer and former moorland bobby who had some 130 books published, and his Constable series, written under the pen name Nicholas Rhea, was turned into the huge TV hit Heartbeat. 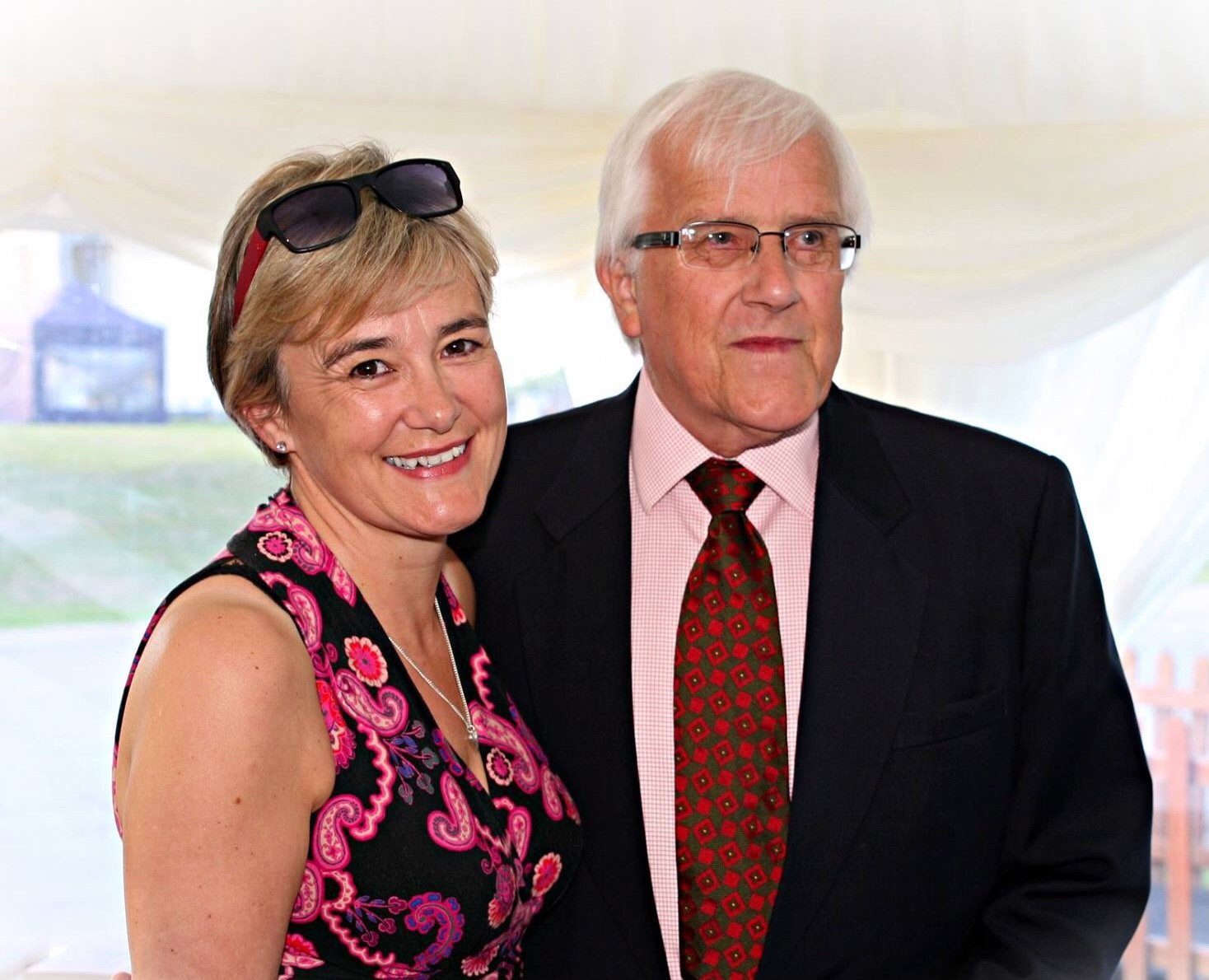 Dad was diagnosed with prostate cancer in 2007, and although the prognosis was bleak, he responded remarkably well to treatment which enabled him to live in relatively good health for another ten years. Sadly, in March 2017, the medication stopped working and his decline was rapid. We cared for him at home for as long as we could, but that became increasingly difficult and it was taking its toll on all of us (my mum, sisters and brother).

When we found out a place at St Leonard’s became available it was like a huge weight was lifted from our shoulders. Once Dad crossed its threshold, all the worry and stress surrounding his care was removed, and we could just focus on being with him, spending those last, very precious hours at his bedside telling him how much we loved him.

When we said our final goodbyes on 21st April 2017, we had no idea then that we would be back again just a few months later with my sister.

Tricia was my middle sister, and what she had been dismissing as a stomach bug sadly turned out to be a rare and very aggressive form of cancer. We could barely believe it was happening all over again.

Although Tricia lived in Bournemouth, she wanted to come home to Yorkshire, and was transferred to the specialist cancer unit in the Bexley Wing at St James’ Hospital in Leeds in early December 2017.

Everyone in Bexley looked after Tricia extremely well, but the outcome was unavoidable. It was only five weeks into her illness that Tricia was admitted to St Leonard’s and died in the early hours of 8th January, aged just 53.

One of the things Tricia missed most when she was in hospital was being outside, and the grey walls and lack of view in hospital were pretty depressing. So when she arrived in St Leonard’s to a view of a gorgeous green field, it was so uplifting, not just for Tricia, but for all of us who had spent so much time with her in hospital.

It’s funny how, at times of extreme difficulty, really little things make a huge difference. When Tricia was in hospital, we spent a fortune on car parking, drinks and food for ourselves, traipsing wearily up and down the eight floors to the café. When we arrived at St Leonard’s, tea, sandwiches and biscuits magically appeared. Suddenly, we felt looked after too.

I could write pages about all the other amazing things St Leonard’s offers, like the bereavement support service that I am still benefiting from, the practical support after a death, the Hospice at Home service, to name a few.

But instead, I encourage those who haven’t to just pay it a visit and see why it is a place where people go to live.